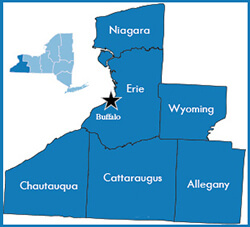 Lancaster, Depew and Elma are the focus of ourChamber of Commerce.  Research data is the key to making informed business decisions.  We want to share these key points with you.

The Town of Lancaster has grown in population over the last 35 years and faces many of the challenges associated with second-ring suburban communities.

The Town of Lancaster is seeking to maintain harmony between those qualities that drew residents there in the first place (e.g. open space, award-winning schools, great neighborhoods, etc.) and the increased demands and pressures that a growing population brings with it (e.g. traffic congestion, adequate fire/emergency services coverage, demand for public recreational facilities, etc.) 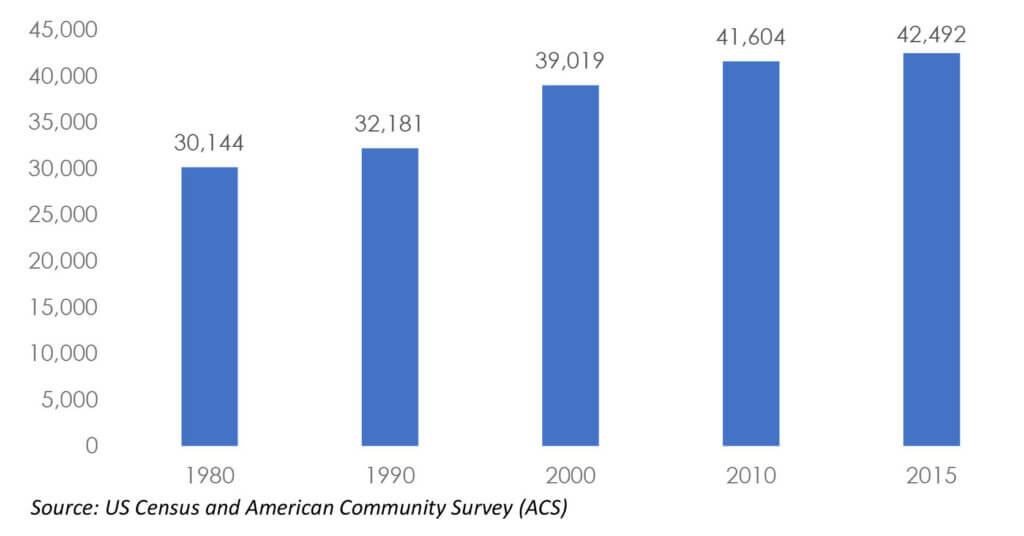 This represents an increase of approximately 888 residents from 2010 (a 2% growth). In comparison, the population of Erie County remained essentially the same over that time period.

Lancaster experienced strong growth over the past few decades. From 1980 to 2015 the population of the Town of Lancaster’s population grew by an estimated 12,348 residents, an increase of approximately 41% over a period when the County lost approximately 9% of its population. 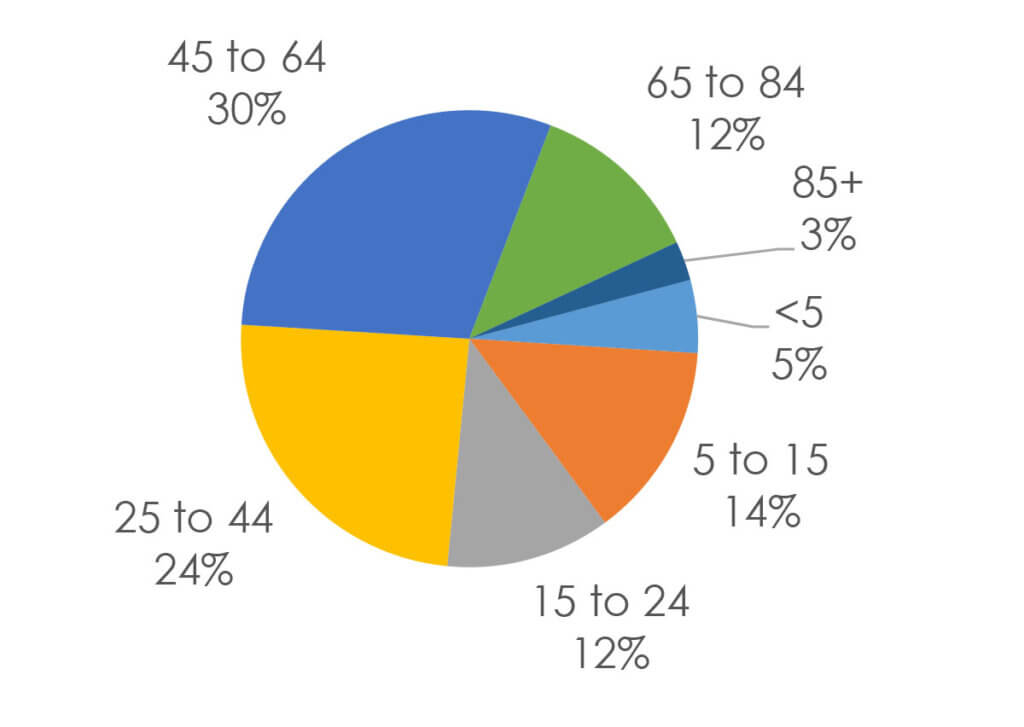 Over half (54.1%) of residents in the Town of Lancaster are working-aged adults (ages 25 to 64). Children and college aged persons (ages 0 to 24) comprise nearly another third of the population (30.7%). The remaining 15% of the population are seniors aged 65 or older. The age distribution in Lancaster is similar to that of Erie County, although there are slightly fewer seniors (16.2%) and slightly more working aged adults (52.72%) in the County. The proportion of seniors in the Town of Lancaster has not  drastically increased since the year 2000. In 2000, seniors aged 65 and older accounted for 14.4% of the Town’s population, compared to the 15.1% in 2015. 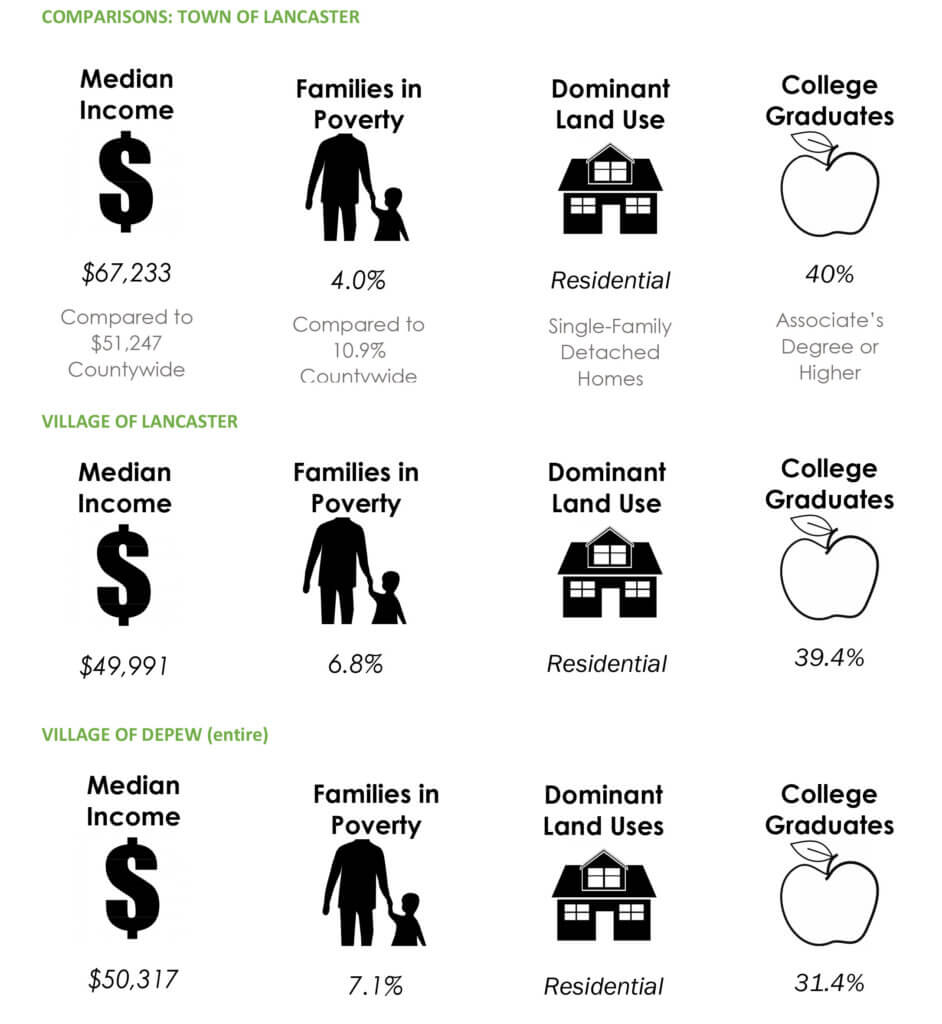 Member of the Month

He actually in the process of selling his business/property on Broadway. Dr. Redlinski has retired from his practice. However has been a member of the Chamber for 30+ years! call the office at (716) 681-8488 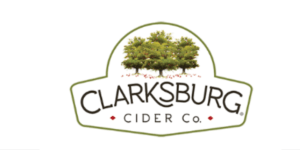 Named after a sleepy hamlet in Western New York, Clarksburg Cider honors a time when our country was first introduced to the exotic, sparkling beverage during the 17th and 18th centuries. Now part of the industry’s shift toward more dry and complex alternatives to its sweeter predecessors, Clarksburg Cider is finding its footing among consumers that also favor craft beverages. We look no further than the Empire State to make our hand-crafted, small batch hard cider that only comes from 100% fresh-pressed apples. And we’re proud to support the orchards in our backyard and the farmers who share our enduring commitment to quality.

The Tap Room at Clarksburg Cider features an elevated, yet approachable experience with menu items ranging from classic American fare to cider-infused cuisine, all complemented by award-winning hand-crafted cider. We offer a full-service dining area, with a second floor that overlooks our gleaming Production facility. Visitors can also pull up a stool at the beautifully hand-crafted bar with copper finishing to try all the hard cider offerings on tap, many of which can only be found at the Tap Room. We also feature an ever-evolving cocktail menu highlighting Clarksburg Cider, as well as a robust wine menu, spirits, and regional craft beer offerings. The Tap Room is also family-friendly, featuring a menu and activities tailored for children. Our outdoor space includes a dog-friendly patio (with a fresh water bowl!), fire pits, and Adirondack chairs. Our expansive lawn has additional seating and plenty of room for the pups and kids to run around. And if you’re a fan of corn hole, we’ve got you covered. There’s something for everyone at the Tap Room at Clarksburg Cider!

WELCOME TO OUR NEWEST MEMBERS AND MEMBERSHIP RENEWALS

A BIG WELCOME TO OUR NEWEST MEMBERS!

THANK YOU TO THE FOLLOWING FOR YOUR MEMBERSHIP RENEWAL

Do It Right Sport and Fitness Solutions

One On One PT of WNY 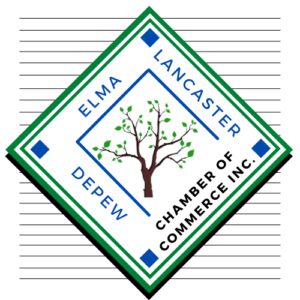